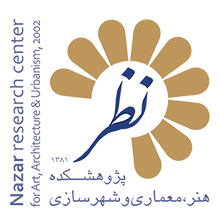 Journal of Art and Civilization of the Orient

The Orient is the cradle of human civilization; this is a famous belief that has been defined in numerous historical and cultural sources. Thus still there is no common agreement over the interpretation of the concept of “Orient” and its boundaries are not clear either. Iran, the Middle East, China, and the neighboring countries including India, Egypt, Middle Asia (Anatolia), and North Africa are the most famous lands are considered as “Orient”. Living in the geographical and cultural territory of the “Orient” without its concept being defined, encouraged our colleagues in the Nazar Research Center to publish the scientific journal of “The Art and civilization of the Orient” (JACO) in 2014 in two languages (Persian-English).  Interpreting the art and civilization of the east based on original sources and using scientific methods by eastern thinkers and scholars are the main policies of the journal for pursuing its goals. The journal of “Art and Civilization of the Orient” has tried to make other people, especially western societies, more familiar with deep eastern art and civilization following it goals and policies. This journal is published in electronic and printed forms and the electronic version is available on site for free. Registration in the scientific indexes database and widespread performance in national and international levels following its discipline and rate of publication are amongst its considerable characteristics.[/su_spoiler][/su_accordion]